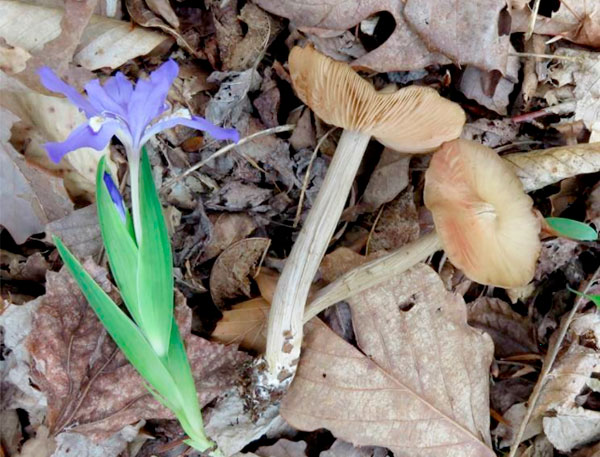 Entoloma vernum, the springtime Entoloma, is a probably poisonous, woodland lookalike for the marginally edible deer mushroom. Both species have gills that brown with age and a pink spore print (seen on the mushroom to the right). The gills of the springtime Entoloma are usually slightly attached to the stalk, not widely free as in the deer mushroom. Neither species has a partial veil (skirt or ring on the stalk).Entolomas grow from the soil, not wood or buried wood. The stalk in this species and its summertime cousin, Entoloma strictium, is hollow and typically decorated with a spiraling corduroy texture. The taste is said to be undistinctive—not like radishes. Again, don’t eat it.